There are several situations where test automation doesn’t make good financial sense. Let’s face it, test automation is great, and I am the greatest champion of test automation. If done effectively, it will result in tremendous Test Automation ROI and significantly increase the ability for the QA team to test a wide assortment of tests. The key is you have to be smart. Just because you can automate it, doesn’t mean that you should.

QA has become highly technical. The technical capabilities of teams today are far more advanced than they were 5 years ago. This has tremendous advantages but it can also be extremely dangerous. The same resources who can work circles around their predecessors are also the ones that are laser focused on proving their technical acumen and aim to prove their worth to their bosses and peers. One thing they forget: Test Automation ROI.

Test Automation requires resources and those resources cost money. All work should be closely monitored and justified. It has to make good financial sense and it should provide a high Test Automation ROI within a short period of time. The challenge is that when technology meets business the technical does not always translate to justification of automation.

I have been using automation since I started my testing career 20+ years ago. I have learned a lot and I have both automated and had teams that automated things that other previous teams had miserably failed. I constantly heard statements like : “you can’t automate that”, “we have already tried that”, “I can execute it faster than a script”, “this is a waste of time”. I have proved all them wrong.

I have seen a few situations where test automation simply doesn’t make sense. I have made these mistakes and I have learned.

I hope this information has been helpful. I wish you the best as you work to build smart test automation. And I hope you build tremendous Test Automation ROI!

What is the Cucumber Testing Tool?

What is Behavior Driven Development?

Behavior-Driven Development (BDD) is a software development process within Agile that Cucumber was designed to support.  It is one of the leading BDD testing tools on the market today.

BDD does not replace the Agile process but rather enhances the overall process.

If you are looking for information on how to install Cucumber you can go to the main website located here.  Cucumber is widely used so there are many programming languages across multiple platforms.  It is always a good idea to install the one that closely matches your application.  Some of the most common programming languages used with Cucumber are: Java, Ruby, PHP, Python, and Perl.

What is Gherkin Framework for Behavior Driven Development?

Behavior Driven Development has gained a lot of traction over the past several years with the adoption of Agile across most IT organizations.  One of the most common used tools is Cucumber and it uses the Gherkin framework to automate tests.  Gherkin language is defined as a business readable, domain specific language created especially for behavior descriptions.  The purpose of Gherkin is to promote behavior driven development across the entire team.  This includes business analysts, developers, testers, and product owners.  The Gherkin framework promotes firmly written requirements and eliminate ambiguity.  While Gherkin is primarily used in English, there are a total of 37 spoken languages that can be used.  Gherkin serves two basic purposes: provides project documentation and helps in creating automated tests.  The most commonly used automation tool for Behavior Driven Development is Cucumber.

Here are the primary Gherkin keywords:

Given: I am an Amazon user

When: I enter username as username.

Then I should be redirected to the home page of Amazon

What is Test Driven Development (TDD)?

There has been a lot of information shared over the past few years about Test Driven Development.  Initially it might seem complicated and counter to logical thinking but it actually makes a lot of sense.  Test Driven Development is defined as: a software development process that relies on the repetition of a very short development cycle.  Requirements are turned into very specific test cases and the software is modified in order to get those tests to pass.  In the normal process of software development, code is written first and then tested to make sure that it works.

What is the origin of Test Driven Development?

The origin of TDD traces back to the late 1990’s when extreme programming started.  It because more mainstream when Agile came around.  By 2006 it had matured and resulted in additional innovations to the process with ATDD or BDD.

What are the steps for Test Driven Development?

Here are the basis steps for TDD:

What is the purpose of Test Driven Development?

TDD is a process of modifying code in order to pass a test which was designed prior to code being written.  There is more emphasis on writing production code than designing test cases.  This includes refactoring and helps to have cleaner and simpler code.  It helps to find defects much sooner and eliminates the need of rework.

What is Agile Test Driven Development?

All the teams today that use Test Driven Development follow Agile or some form of it like Scrum.

Who is responsible for Test Driven Development?

Typically the person who is writing the code will be the person to write the test cases.  I have seen some situations where there is a slight variation and a test engineer writes them but that is not a common practice.

What are the benefits of Test Driven Development?

What are the pitfalls of Test Driven Development?

Here are some common pitfalls of TDD:

There are different skill levels for TDD which include:

I hope this information has been helpful.  You might want to also learn more about Behavior Driven Development. 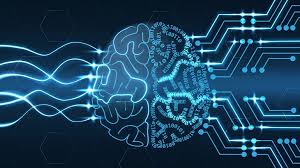 There has been a lot of information published about Behavior Driven Development or BDD.  It is counter to what most people are used to so it causes a lot of confusion.  It is very popular and a lot of organizations have started to embrace this methodology which results in great success to those who can consistently apply some basic principles.  Behavior Driven Development allows companies to shift further left and identify issues much earlier in the process than using the traditional waterfall methodology.

Behavior Driven Development premise is that the tests are written before the code is developed.  In basic terms it tells you how a piece of code needs to be tested.  You want to test the behavior of a given feature.  It is extremely important to do this first so that you will have a high degree of testing coverage.  BDD requires the person who is creating the tests to think about the business scenario.  As you build code, you are building a very large repository of tests which can be executed over and over again using tools such as Jenkins.  Now you might wonder if the developers are writing all these tests, why are testers needed?  Well testers are needed more than ever.  Developers are often focused on a small module or piece of code and don’t have an overall understanding of how the system works as a whole.  Testers typically have a broader understanding and are usually business subject matter experts.  It is important for testers to understand the broader context of the what and why of software and the business intended use.

Here is a sample flow of how things work within the BDD framework: